The title is the very first and last one in here, who can tell... the truth. Very far away from 4 weddings and a funeral, Barney's version is a very good film. It's Richler's book, the story that's told here, that is terribly sad. How the f... can you stop or avoid the « worse », while you see it (him, her...) arrive ? One way reading or watching that story seems to be in a fatalistic point of view, or even like the man as-his-worst-enemy. In a world of faith, it can be a fatalistic film. In a world made by choices and rationality, you earn only what you seeded, which ends not differently. This can not be a fatalistic, nor patriarcalistic view, even if... we expect a film where wives testify about same tragedy.

So old Barney passes his life in review, not even thinking he could have changed things, at this or that time. And in fact, till the end, we are sad with him, to testify he's right. His memories aren't a trial where he accuses himself, but where he looks back on how it began. And it began... at the beginning (Trastevere, 1974). He's lost his wife (the 3rd and « right one », the beloved Miriam), and health, because of choices he didn't make alone. Choices like a lifetime love, that can end, « because it's life » : But life also, sometimes, lies.

Paul Giamatti is indeed a very good alcoholic an ironical character player, after he settled that intelligent wine amateur kind of desperate husband in Sideways. As Barney, whether a hopeless bastard or a passionated lover, he makes us often shake head, but with the smile of kind of a partner. He also has the fortune to enjoy the good old D Hoffman as a very clever and funny wise father. At least. Could this immoral very ethical old man be a « model » ?

The wives are each very different, and we soon understand why : you can't build serious things always on mistakes or lies, because while aging, you have to prepare death, and that peace of heart that doesn't make you expecting it with the fear of eternal loneliness, as it sometimes seems, while you're alive. The two first weddings and brides are quite economical unions (even if they're cute). The third seems like what everyone can say in one word : love (at least in... his « version »). But the kind of a message, here, not allows to build too many things, on that word : even love is part of human lives, so even love lies, dies.

« You don't make good stories with good feelings ». Here, it's very exactly depicted. And so it is, also, directed and played. 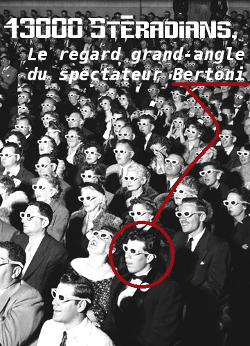 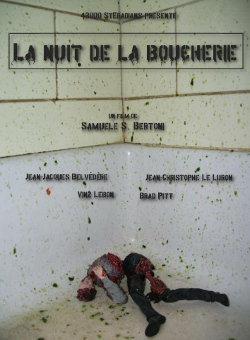